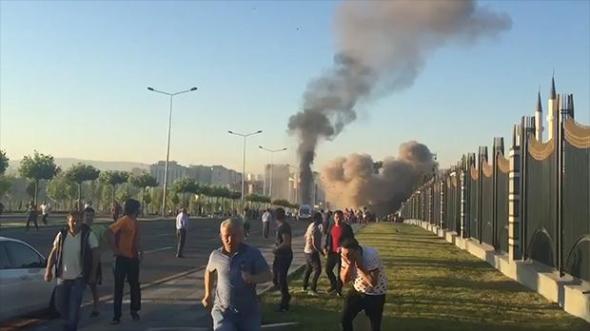 Fierce clashes inside Turkey’s bourgeoisie amidst imperialist interventions in the region.

The dangers for the peoples in the region are growing.

Yesterday there was a very dangerous development in neighboring Turkey.The attempted coup by a faction of the military establishment was quashed but it left behind many dead and wounded in armed clashes, bombardments, even air combats. The most important thing is that it opened a new period of instability and danger both for Turkey and the Mideastern region. Despite the fact that Erdoğan and his government were obviously taken by surprise, it was not something “out of the blue” because there were several manifestations of discontent and disputes inside the Turkish ruling class and the military establishment… Also the fact that recently Erdoğan moved in the direction of restoring diplomatic relations with Russia is something to be taken into account.

The initial estimates that the coup was orchestrated by a handful of low-ranking military personnel were disproved. The truth is that this move was led by high-ranking military cadres and obviously had the backing of parts of the ruling bourgeoisie. These factions had opposed the constitutional amendments promoted by Erdoğan in order to concentrate more power on himself. This was manifested in the declaration of the “plotters” in which they presented themselves as defenders of the secular nature of the Turkish state.

Anyway moves like these and in countries like Turkey where imperialist (especially US) interventions are intense cannot be attributed to inter-bourgeois contradictions alone. It is clear to us that imperialist entanglement – direct or indirect, overt or covert – is a decisive factor. These are moves that can have – from the imperialist direction – the character of measuring up forces and possibilities. And we must not forget that the Erdoğan regime and the bourgeois factions that support him, in their attempt to make Turkey a key factor in the region, have several times provoked the imperialists, either the US or Russia,

The failure of the coup can be attributed to many elements, such as its poor preparation, but the mass mobilization of the people against the “plotters” played a key role despite the fact that this mobilization is tried to be credited to Erdoğan’s call.

The military coup in Turkey, although a failed one, means new more reactionary developments for the Turkish people and the peoples in the region.

Internally it means a period of purges and reactionary reshuffle for better control of the army and weakening of the opposition. For the people it means a new period of oppression by a regime with fascist characteristics that has shown repeatedly how hostile it is towards popular interests, democratic freedoms and popular struggles. It is a regime that gags, jails, tortures and kills. It is a regime that persecutes and sends underground every progressive, democratic or communist voice.

The worst of it is that in this new reactionary purge the Erdoğan regime will exploit the mass popular mobilization against the coup. In this difficult and demanding period the task of the people and every left and progressive force is to struggle in defense of the people’s rights and their democratic freedoms, to struggle against imperialism and its puppets who have transformed the whole region into a field of war and unspeakable horror. 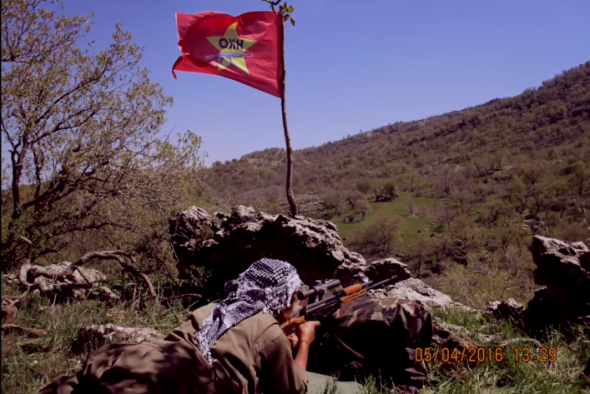